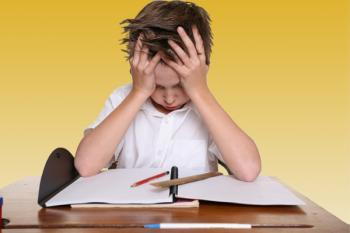 CDC warns that Americans may be overmedicating youngest children with ADHD

U.S. health officials are urging parents of preschoolers with attention-deficit/hyperactivity disorder (ADHD) to try behavior therapy first before trying drugs — and they're calling on insurers to cover the treatments. The concern comes from new statistics that show a troubling gap between recommended practices for treating the youngest Americans and what's happening on the ground at doctors' offices. The Centers for Disease Control and Prevention recommends that parents of young children with the diagnosis try behavior therapy first, but less than half are receiving such services. Meanwhile, an eyebrow-raising 75 percent are receiving drugs as treatment.

The drugs of choice among most pediatricians, psychiatrists and others treating children with ADHD are stimulants like Adderall and Ritalin — which have earned an almost mythical reputation for their ability to help children do better in school, and which some teens and college students abuse to gain an edge in academics. But the long-term effects of those drugs on a young brain and body have not been well studied, and the side effects can be numerous, including poor appetite, sleeplessness, irritability and slowed growth. "Until we know more the recommendation is to first refer parents of children under 6 years of age who have ADHD for training and behavior therapy," Anne Schuchat, CDC principal deputy director, said in a call with reporters on Tuesday. [A new type of ADHD? Head injuries linked to long-term attention problems] As recently as a decade ago, ADHD — a neurodevelopmental issue that may cause children to be overly active, have trouble focusing or be unable to control their actions — was something that many providers hesitated to diagnose before the early elementary years.

At one end of the spectrum are children who are extra wiggly and unable to sit still during music hour at the library and talk nonstop. At the more severe end are those who are recklessly jumping down flights and running into oncoming traffic. Many experts argued that it can be impossible to distinguish the normal behavior of a boundlessly energetic preschooler still learning to navigate the world from one who has a medical condition that requires intervention.

Connections Achievement and Therapy Center offers the latest technology and methods (without medication!) for treating ADHD. If you think your child may be having issues, make an appointment for a complimentary assessment today!